On the 7th May 2012, Mike Booth achieved the first 'solo' crossing of the English Channel, with a radio controlled Spitfire, to celebrate the 75th anniversary of the prototype. The flight took place in less than favourable conditions, from Calais - Dunkerque Airfield to Manston Airfield, Kent. A straight line distance of 40 miles was covered, including two large orbits of Pegwell Bay, south of Manston, whilst waiting for the camera plane to catch up! All other channel crossings involving models have involved multiple pilots. Mike achieved the flight as the only pilot, which invloved take off and landing from inside the chase plane, a Eurostar Ultralight, piloted by Chris Trow, an instructor at Clench Common GS Aviation, Marlborough. 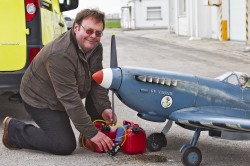 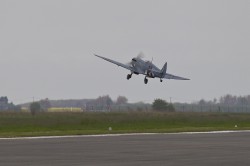 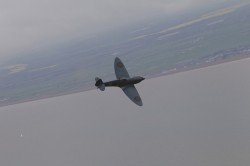 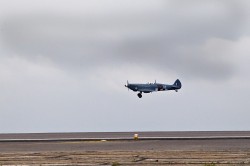